Do the veggies in your keto diet put you at risk for oxalate poisoning? 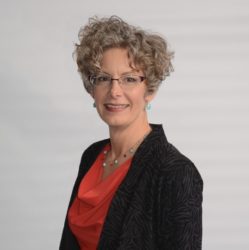 Recently I listened to an episode of Jimmy Moore's Livin' La Vida Low-Carb podcast which featured nutritionist Sally K. Norton, who warned listeners of the dangers of foods high in oxalates. These foods include many popular on the keto diet: spinach, almonds, peanuts, chocolate, swiss chard, tumeric, and cinnamon.

She tells of one case where some young children got kidney stones from the consumption of almond milk. The fact that oxalates can be toxic has been known since the 1930s.

Oxalate poisoning can cause many symptoms, and most medical doctors don't think that it may be at the root of the problem. Sally Norton gives on her web site a list of the symptoms that might be associated with an excess of oxalates: https://sallyknorton.com/symptoms/

Some low-oxalate greens you may use to replace spinach in your diet: arugula (what's arugula?), lettuce, bok choi, cabbage and watercress. And meats raised properly (grass-fed? raised without hormones?) are a healing food.

I am personally reducing my consumption of tea and chocolate, and eliminating almond and peanut products and spinach from my diet. Since I have kidney problems related to my diabetes, I think that's wise.

The podcast I talked about can be found on this web page: http://www.thelivinlowcarbshow.com/shownotes/17322/1412-sally-norton-sounds-the-alarm-on-the-oxalate-toxicity-of-eating-plants/     I listened to the podcast 3 times so far, it was that informative and inspiring.

Comments are always welcome! (Please avoid swearing in your comment.)

The author of this blog is NOT a doctor or dietitian. Therefore nothing on this blog is to be taken as medical or dietary advice. It is for entertainment only. Get your medical/dietary advice from a well-informed medical professional, and do your own research into what foods are healthy. Don't let some random blog, even mine, do your thinking for you!

My Keto & IF Life